Live view of the USA 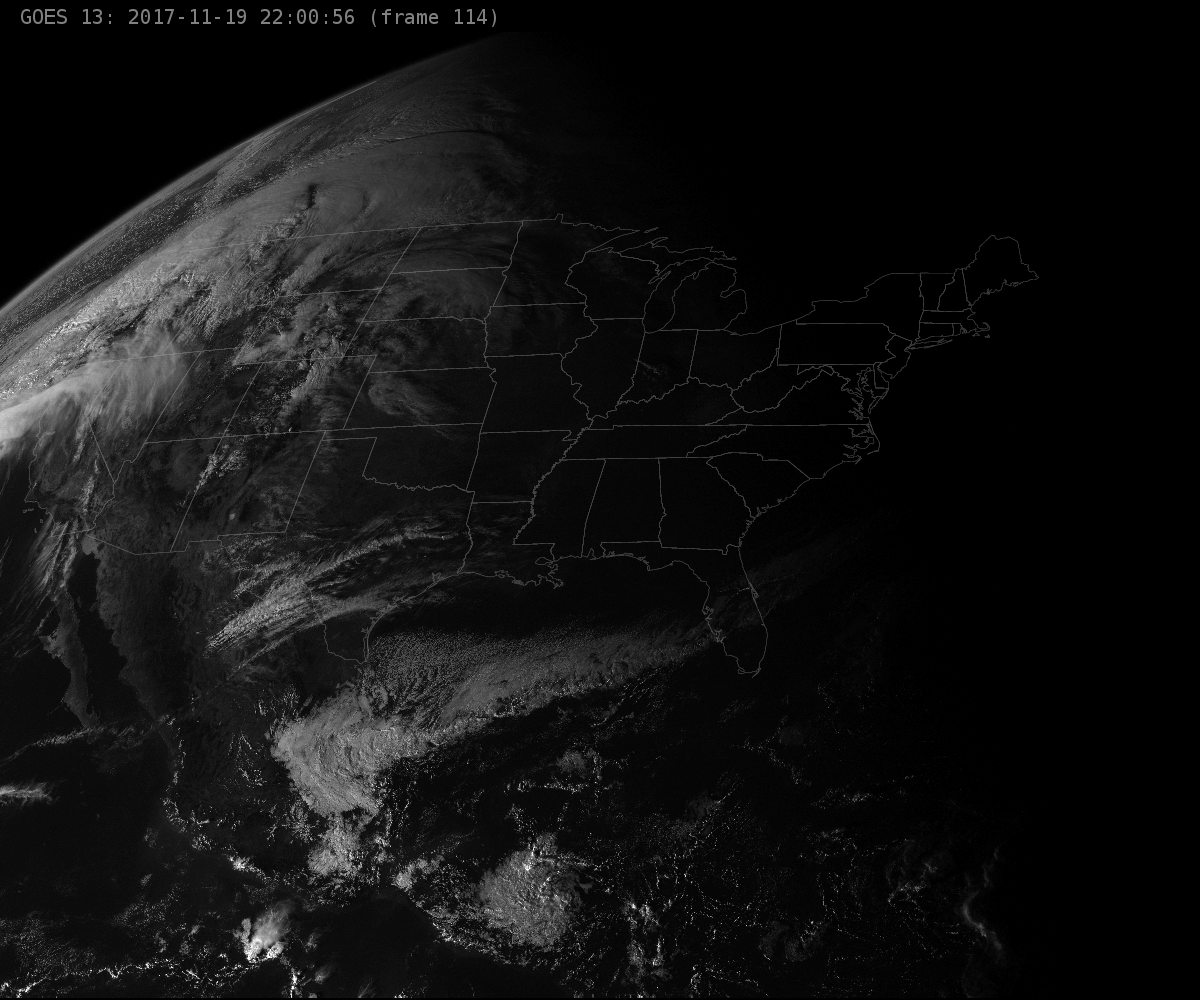 conus.nitk.in is a simple visualization of the US, based off of NASA's data. It scrapes the latest image from GOES-East, adds the timestamp, and displays it in an auto-refreshing format. The source script is called by cron every 5 minutes and lives here: https://alpha.nitk.in/liveusa.py In fact, all of the source images and data are visible from alpha.nitk.in - the below URLs are just pretty aliases to the .html pages.

It's nothing groundbreaking, but it offers a near-live view (usually about 30 minutes off from real-time) of the US. I enjoy having the site up on a secondary screen just to watch the curvature of the earth spin by. (I'm planning to set up an old tablet in a picture frame on my desk to display the earth.)

For a more exciting take, have a look at http://animatedconus.nitk.in/ - that site shows the past 24 hours or so of GOES data, and you can see the sun rise and set.

All of the scripting is my own, but the real credit goes to NOAA, NASA and the machines that munge the data from the satellites into .tiff images. (All of my data is sourced from http://goes.gsfc.nasa.gov/goeseast/conus/vis/). About the only notable thing about the script is a that it checks the file-size of the image for changes before downloading. If the image is the same size, I avoid thrashing NASA's servers.

I made this primarily out of frustration. Although we have geostationary satellites sending down wide-band views, I couldn't find any good visualisations. NOAA itself harkens back to the days of CRTs with a 640x480px image of this same data. The source image I use have a native resolution of 1200x1000, and higher-resolution versions are available (but I didn't want to hammer on NASA's server too hard.)